Last week my host family took me to the Brocken mountain, a mountain in Germany where witches are said to live. the highest point one this mountain is 1142m above sea level. we drove from our house in Riethgen to the mountain.

first day: we drove from about lunch time until 4 ish. then we went for a walk around the area. we found a small sledding hill and an outside ice rink. we then went back to the hotel we were staying at to get our skates so we could go skating.

second day: we went to the sledding hill and sledded for a little bit. after sledding my host sister (Maria)and I made a snow man and had a snow ball fight with her father(Ralph). after sledding and snowball making we went skiing. (this is not a sport I am good at) Ralph has always refused to go ice skating but I made  a deal with him, if I go skiing then you have to go ice skating so we can both try something new. so after skiing we went ice skating and Ralph came skating too. and he enjoyed it.

third day: we went skiing again. Maria and I stopped half way and went for a walk in the snow, we had a snow ball fight and made and igloo/tunnel thing. after my host parents had finished their ski together they came back to us and we all skied to the hotel. in the afternoon we went to a witch escape room. and that was so fun and interesting because it was in German and my German is still not so good(but it is getting better).

forth day: after breakfast we packed all of our things and checked out of the hotel. then we walked to the train station so we could catch the train up to the top of the Brocken. we caught a beautiful old train to the top. once at the top we played in the snow. then once we started to get bored we went down the mountain on foot. we took a path aside of the path, through the snow and it was slippery so Maria and I decided to slide down the mountain. once at the bottom we went back to the car and said goodbye to the snow. on the way home we stopped at my host mother (Manuela)’s mothers house to say hello. I love Manuela’s mother. Maria and I played with the rabbits and watched competitive skiing on the T.V with Manuela’s father. after dinner there we went home.

it was a really fun, exciting, new, beautiful and amazing trip to the Brocken. 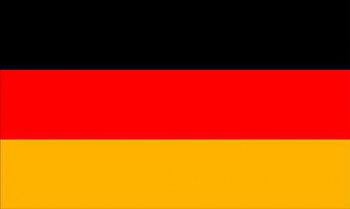